U Shaped Kitchen With Island 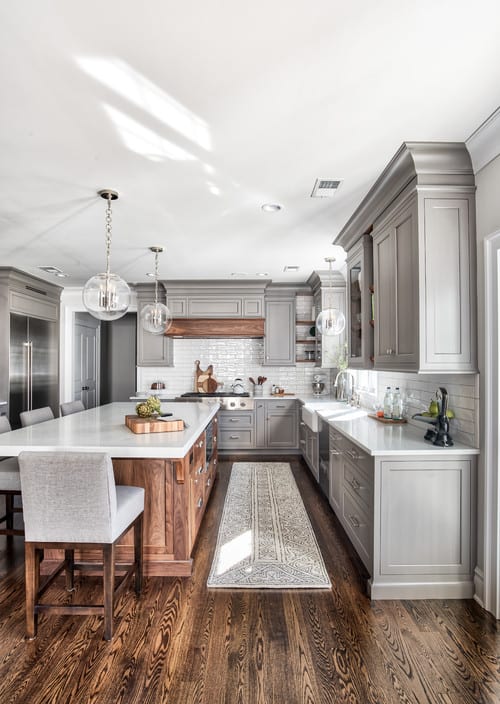 Adding an island to an u shaped kitchen with Island increases the kitchen's functionality as well as its interactivity.  As shown in the above example, the island allows for seating directly in the kitchen for family and guest interaction with the cook.  An island also makes it much easier for a second cook to help with meal preparation and cleanup. 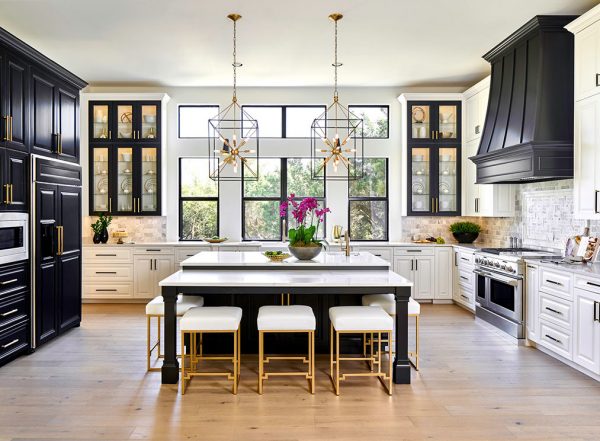 U Shaped Kitchen With Island - The Setup 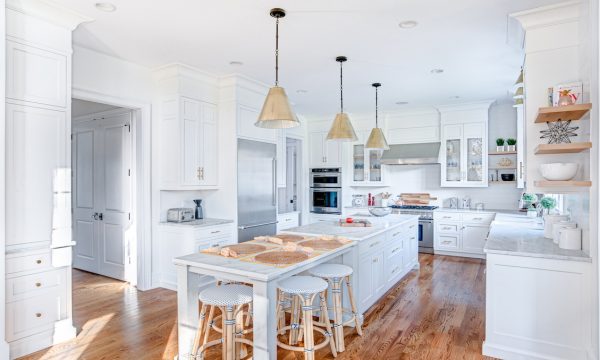 The versatility of a u shaped kitchen with island means that you can have multiple different layouts.  In the above example this layout has the island serve as an eating and food prep area.  With this layout you could also have a built-in desk, a bar, or a "kids' zone" where children can use the microwave and store their snacks.

Other u shaped kitchen with island layouts include the sink in the island or the oven and stovetop in the island as the main hub for cooking. 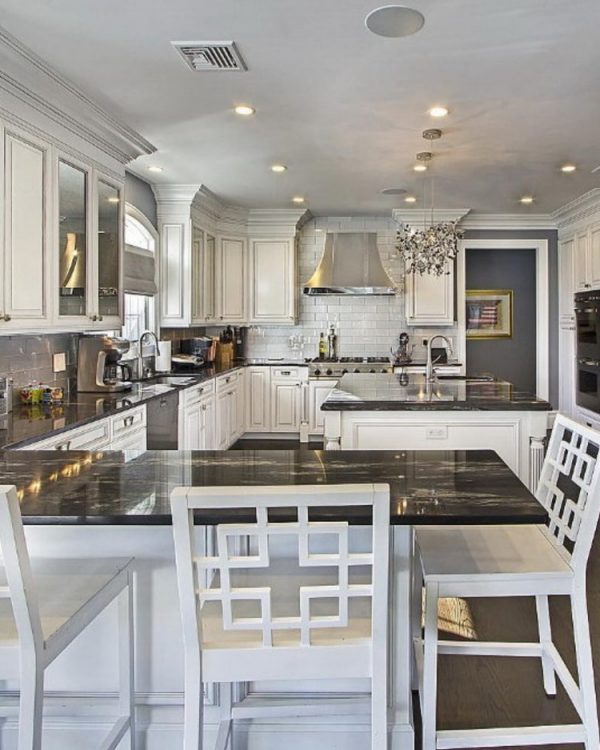 What's not to like about this layout? Wide open space, lots of storage and opportunity for company while you prep and cook.  While some people still prefer a more open floor plan that allows for even more people to mingle and work in the kitchen. Others may find it annoying to carry plates and food around the leg of the U rather than having a straight shot to the dining room or the back yard.

Regardless, a u shaped kitchen with island is the optimal kitchen layout for entertainment. 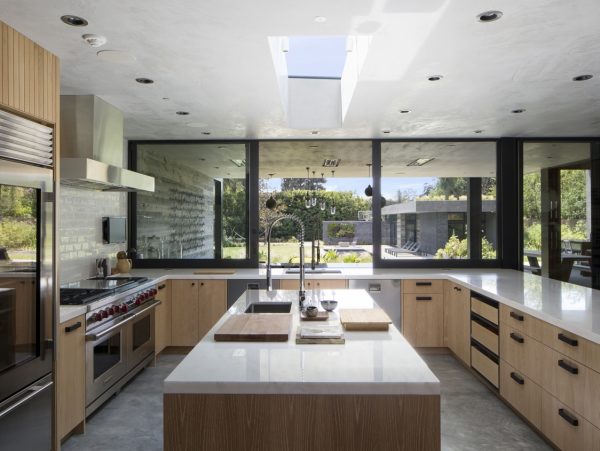 The u shaped kitchen with island layout is optimal for cooking while interacting with family and guests.  The work triangle is usually an efficient setup moving from refrigerator to stove to sink is this layout.   All while taking advantage of ample countertop space for food prep.

What’s the Golden Rule About How Many Throw Pillows to Use?

Kitchen Layouts | A Guide to the 7 Most Popular